The effects of cannabis on sleep

Many users ? both medicinal and recreational ? use cannabis right before going to sleep because of the effects on this important phase of our life. While many of them get a more restful sleep, one of the side effects reported by users is not dreaming or, at least, not remembering any dream. But, why does it happen?

Why do we sleep?

Before understanding what are the effects of cannabis on sleep, we should start with the basics?why do we sleep? The research about sleep is still at a very early stage, in fact until recently it was thought to be a passive state of the body. Today, and with all the information that we can get from brain waves, heart beat and blood pressure, breath frequency, hormone segregation and some other biomarkers, is it believed to be as active as the waking stage. 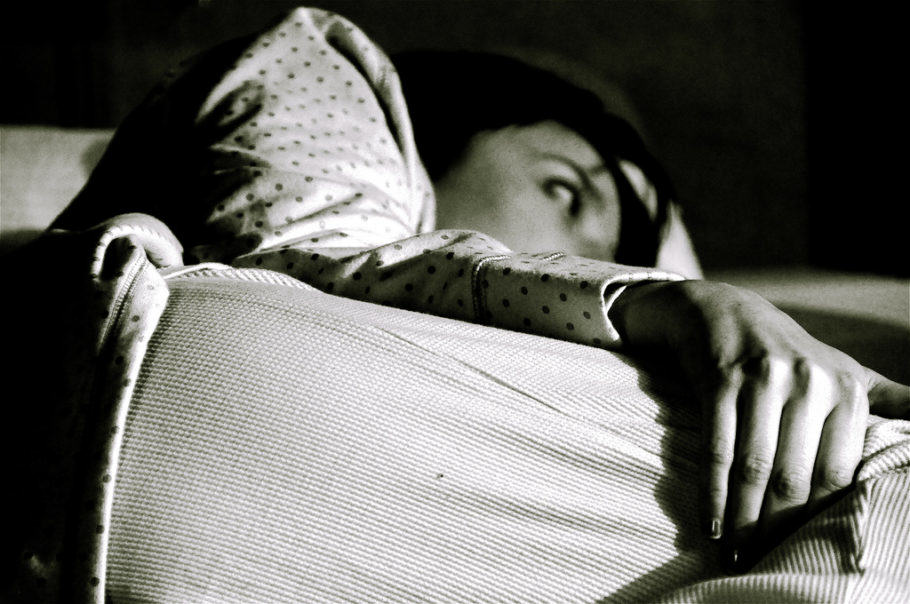 Sleeping is a regeneration state. In studies of sleep deprivation it has been observed that if we shorten the sleeping hours, then the body will try to catch up on sleep in the next sleeping period. Moreover, if we deprive our sleep of one of its phases, our organism will try to recover this phase in the next sleep. Pushing the limits of sleep deprivation may lead to death.

The sleeping process consists of several stages that are repeated in cycles from 4 to 6 times. These stages can be grouped into two main phases depending on brain activity, eye movement and muscle tension.

In this phase ? about 90 minutes ? the body is gradually isolating our perceptions from the environment; heartbeat, breath, muscle tension?everything starts to relax. This phase is associated with physical recovery, tissue regeneration, and energy recovery. The deprivation of this phase may trigger major problems at hormonal level.

As indicated by the acronym, this phase is characterized by rapid eye movements. Brain waves at this stage are similar to those we have in vigil, with the difference that the received inputs are given by dreams instead of our senses. During the whole sleeping process this phase alternates with the slow waves phase, although most part of the REM stage occurs at the latest stages of sleep. That?s why the later you wake up, the more you remember your dreams.

This phase is associated with learning concepts, settling memories and neural reorganization. Indeed, the REM phase is more pronounced in babies and children than adults, and definitely much more than elderly people. Using buds or resin extracts may affect this stage. 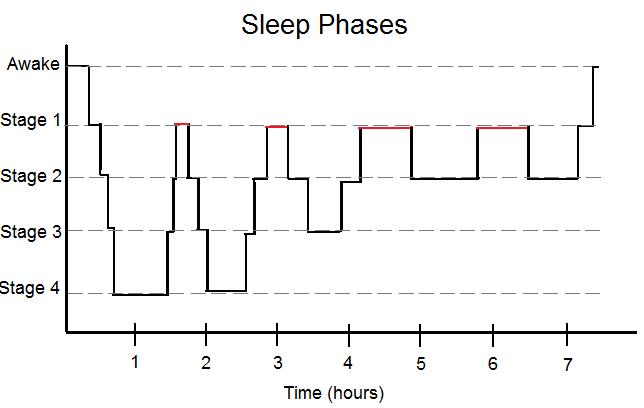 In several sleep studies it has been found that if you deprive someone of sleep, his/her body prioritizes stages of slow wave rather than the REM phase. Also, if we are in a period in which we are learning something it increases the REM stage, while if our organism is tired the slow wave phase is increased.

How does cannabis affect on sleep?

We still need many more studies on the subject, it is commonly believed that cannabis reduces the REM phase and increases the hours of slow wave sleep. This means more hours of restful effect, that?s why people usually eat cannabis edibles or smoke cannabis before bedtime. This has its side effects though: as we have seen, the body will try to recover every phase that we reduce or remove. In this way, if you stop smoking you?ll notice the rebound effect of the REM phase after 24/72 hours, an effect that can last from six to seven weeks and which enhances dreaming. Also, our dreams will be more vivid than normal. 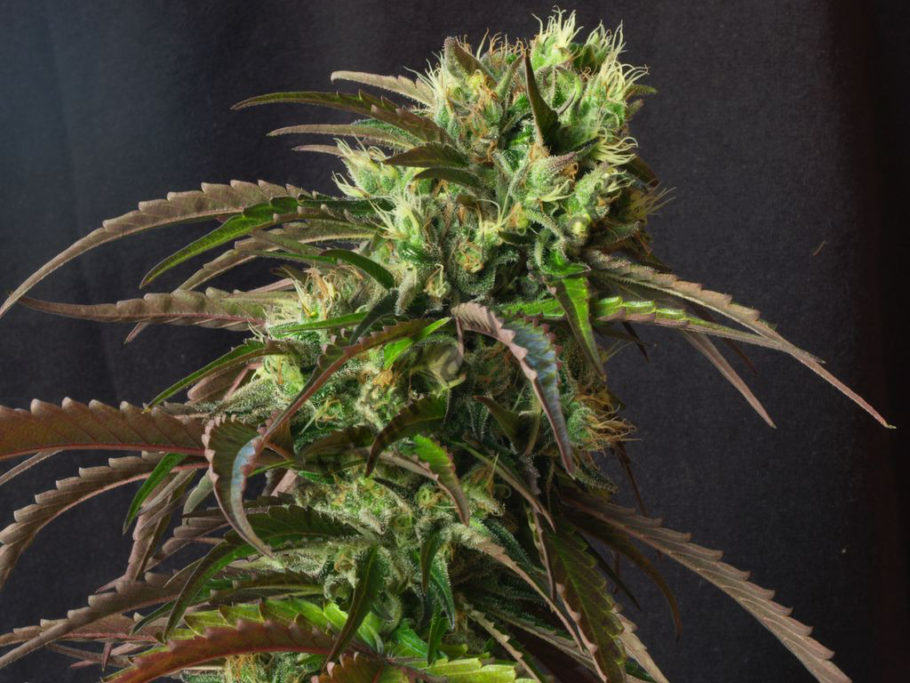 But which varieties are most recommended? In a study involving 163 patients with various disorders (81 of whom had insomnia and 14 had nightmares) the patients condition improved thanks to treatment. Most suffering from nightmares preferred Sativa varieties -high in THC ? while patients with insomnia preferred Indica varieties seeds with more CBD. On the other hand, other studies showed that THC has an effect of increased sleep, while CBD predisposed to a waking state; still, and as always happens with cannabis, it contains many more and different cannabinoids and terpenes which act in sinergy to create different effects.

On the other hand, there are drugs formulated from synthetic cannabinoids like Nabilone, which is already being used in some countries for treating insomnia and nightmares in cases of post traumatic stress. Thus, if someone wants to use medical cannabis for improving his sleep he should find which is the most suitable variety according to his needs.

We will continue waiting for new research on this interesting subject and the possible therapeutic applications of the different cannabinoids.

Marijuana terpenes and their effects

Comments in “The effects of cannabis on sleep” (3)

Elena Bey
20-05-2020
Cannabis and sleep have an interesting relation. Cannabis has two active compounds which are THC and CBD. THC has the psychoactive element. CBD has a medicinal anti-inflammatory component. FDA approves the Dronabinol form of THC and Nabiximol with a ratio of 1:1. How cannabis affects your sleep will depend on your frequency and dose of usage. Dronabinol can impact sleep as it is from medical cannabis extracts, but it has to be also regulated, how cannabis is administered. Vaporization is an ideal route to use medical cannabis with a "low" dosage that has sedating effects of the brain. I read one study that had some findings related to dosage. 200 mg of cannabis increases slow-wave movement sleep during the initial phase. This specific dose also makes EEG power reductions in various cortices. So low doses of THC administered through vaporization of medical cannabis leads to small increment in slow-wave sleep in resting phase only.
Aretha Morce
12-04-2019
Medical cannabis.  Did you guys ever try using medicinal marijuana for sleepless disorder? They said that medical cannabis is very effective when it comes to anxiety, migraine, and insomnia? At first, I was doubtful so I started doing my own research and read articles about marijuana. I found out that each marijuana strain has different uses for different diseases. Some are very effective when it comes to stress, mild anxiety, and insomnia. the calming effect of  MJ can bring you to relaxation and make you fall asleep  Let me hear your two cents with this. Thanks
Isabelle Davis
19-12-2018
I was a call center agent for 2 years and a half. I worked in a graveyard shift so that's why I am awake at night and sleep the whole day. And suddenly I quit my job because of my personal problem. And now I am having a hard time to sleep at night because I get used to being awake at night. Maybe one of the reason also is about my family problem. I really don't know. So this is my problem now I want to sleep in a normal way but it didn't happen, so I told my friend about this then he told me to try this CBD as medicine I did not believe him at first coz i didn't know anything about it. I came across this Critical Plus from Blimburn Seeds that marijuana can help me with my problem. I don't know if this will work or not. Can somebody help me with this? Or any suggestion. Thanks in advance.
Tim Alchimia
02-01-2019
Hi Isabelle, thanks for your comment. In our seed catalogue we offer a wide range of cannabis varieties that can help with insomnia. The variety you've found from Blimburn Seeds is a perfectly good plant but it doesn't have a high (if any) content in CBD. Might I suggest a search of our catalogue using the terms "insomnia" & "CBD". From the results that come up you can choose a variety that suits your tastes, depending on flavour, aroma, flowering time and yields. We also have a well-stocked CBD Shop with all kinds of CBD products that may be of help to you. All the best!